At least up until 1508, for Leonardo, macrocosm and microcosm were closely bound together. Among his books on the cosmos and the world we find the Sphere by John of Holywood, and Ptolemy’s Cosmography. This macrocosmic research was directly linked to his study of the microcosm: the human body, the “lesser world” about which Leonardo planned to create an anatomical atlas, with plates similar to those in Ptolemy’s book on the cosmos.

The treatise De sphaera or Sphaera mundi by the English astronomer and mathematician John of Holywood (13th century), written between 1212 and 1230, summarises ancient and medieval astronomical knowledge in four books. The Venetian edition of 1490, illustrated with diagrams of celestial orbits, depicts on its title page the allegory of Astronomy enthroned between the celestial muse Urania and Ptolemy. 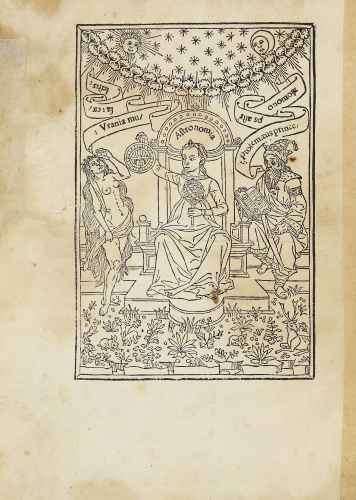 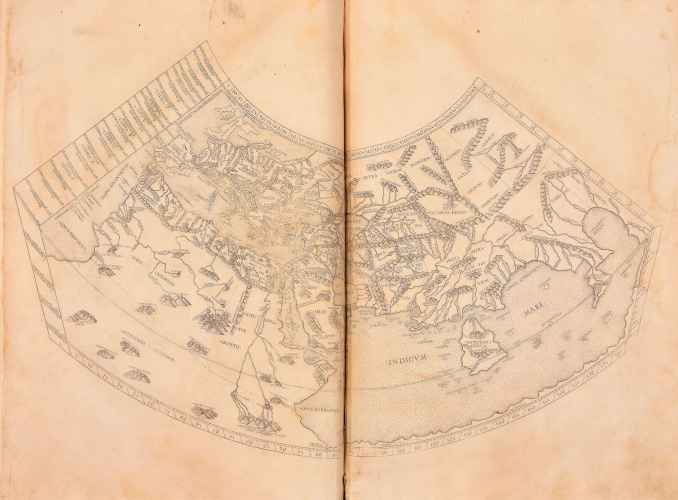 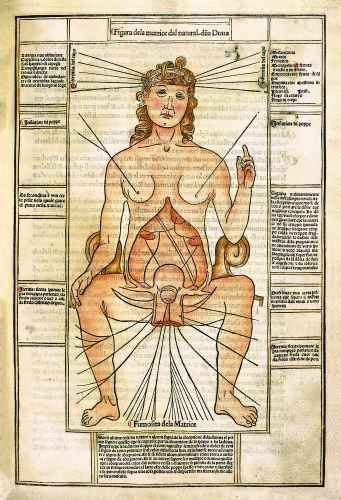 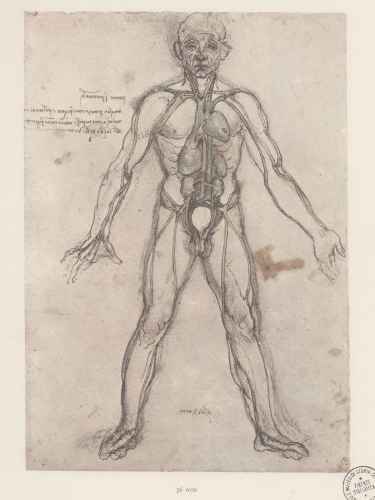 The “tree of veins” 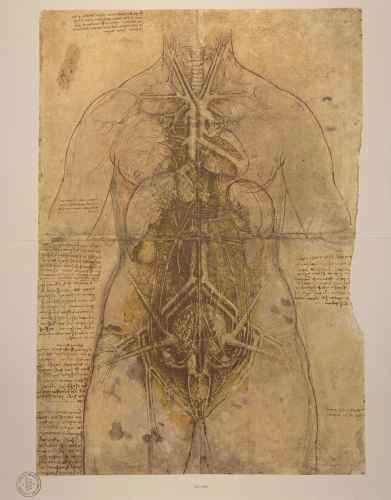