The heavens and the sciences

In the Convivio, Dante establishes a precise relationship between the heavens and the sciences, pointing out three similarities: the heavens move around a center, illuminate visible things, and influence the perfection of thing—just as the sciences move around a given subject, illuminate intelligible things, and lead our souls to perfection.
To the first seven heavens (Moon, Mercury, Venus, Sun, Mars, Jupiter, Saturn) “correspond the seven sciences of the Trivium and the Quadrivium, namely Grammar, Dialectics, Rhetoric, Arithmetic, Music, Geometry, and Astrology. To the eighth sphere, namely the Starry Heaven, corresponds natural science, which is called Physics, and the first science, which is called Metaphysics; to the ninth sphere corresponds Moral Science; and to the still heaven corresponds Divine Science, which is called Theology.” 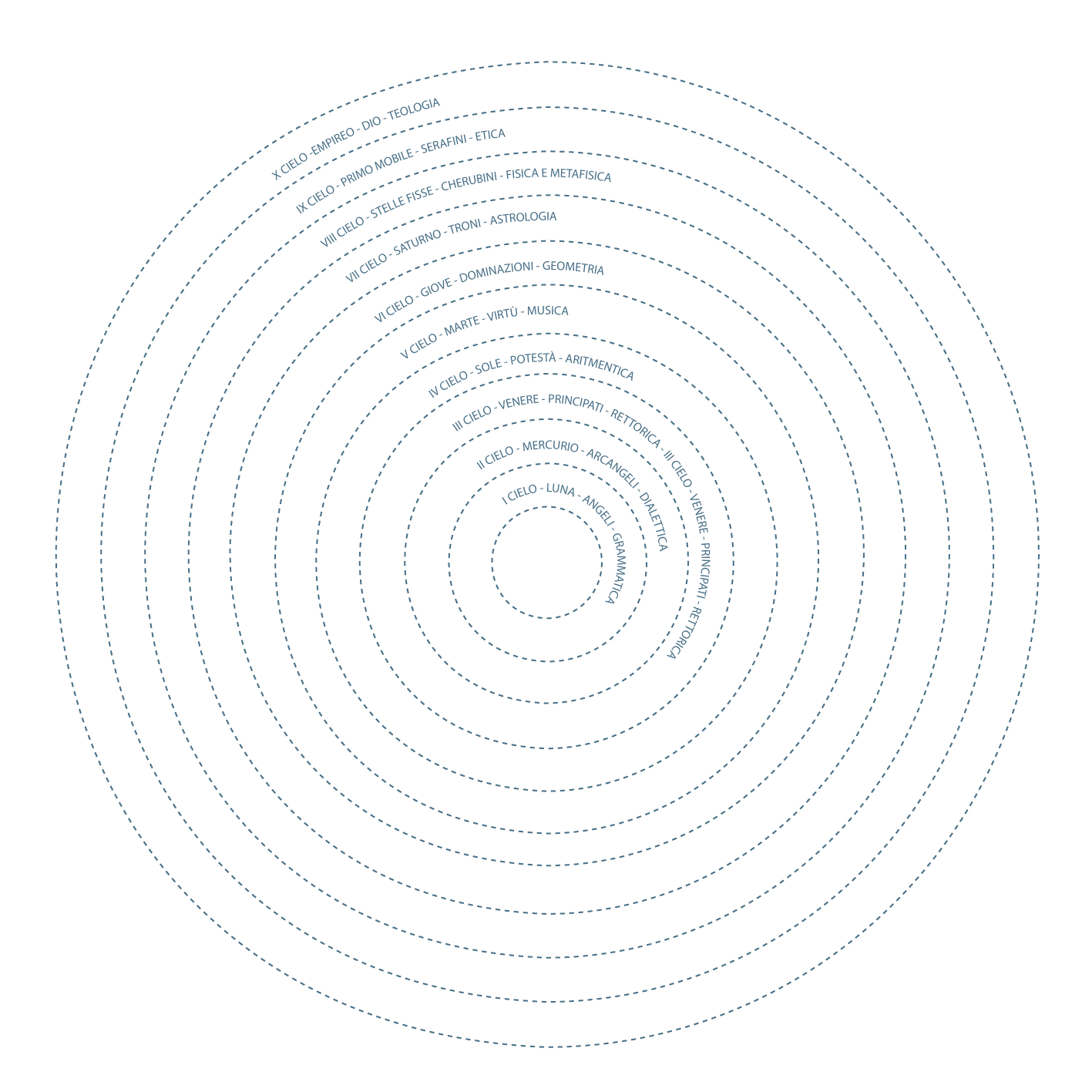