Grammar brandishes a whip as she teaches. 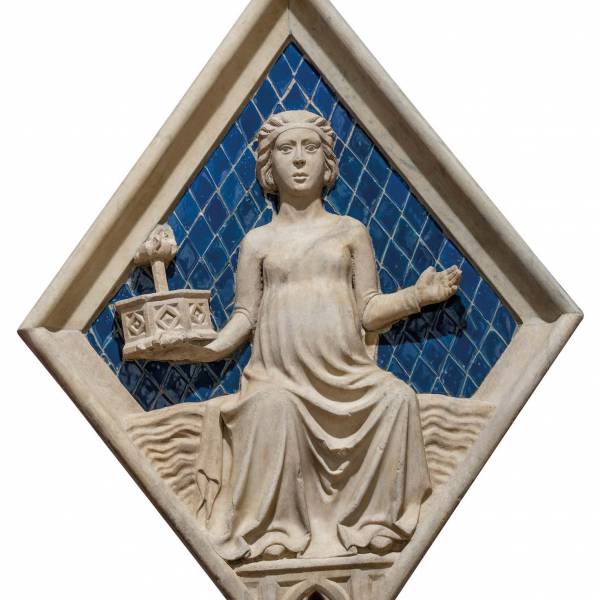 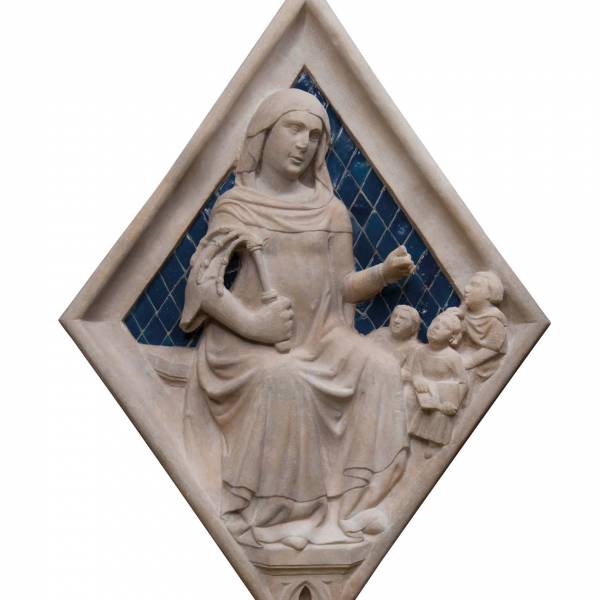 I say that the heaven of the Moon resembles Grammar because it may be compared to it; [for two properties:] [...] one is the shadow in it, which is nothing but the rarity of its substance [...]; the other is the variation of its luminosity [...]

These two properties Grammar possesses; for because of its infinitude the rays of reason are not terminated [...]; and it shines now on this side, now on that, insofar as certain words, certain declensions, and certain constructions are now in use which formerly were not [...]